The Greeks? Hm, could it be Alexander the Great? Or perhaps, Pythogoras!

As the days of the creation of Homer had passed, people have believed that the ancient Greek mythology was simply based on either beliefs or imagination, yet not truth. In fact, that is plausible.

But the plot is who they described in their masterpieces; people with atypically muscular physical structures, with the essence of being a clairvoyant, or even a dabbler in his doings.

Historians perceive such thoughts as the definition of real people slightly written in a hyperbolic manner.

Let us now find out, how and why all this was formulated.

Ancient DNA suggests that living Greeks are indeed the descendants of Mycenaeans, with only a small proportion of DNA from later migrations to Greece. And the Mycenaeans themselves were closely related to the earlier Minoans, the study reveals, another great civilization that flourished on the island of Crete from 2600 B.C.E. to 1400 B.C.E. (named for the mythical King Minos).

By comparing 1.2 million letters of genetic code across these genomes to those of 334 other ancient people from around the world and 30 modern Greeks, the researchers were able to plot how the individuals were related to each other.

They both got three-quarters of their DNA from early farmers who lived in Greece and southwestern Anatolia, which is now part of Turkey, the team reports today in Nature.

Not surprisingly, the Minoans and Mycenaeans looked alike, both carrying genes for brown hair and brown eyes. Artists in both cultures painted dark-haired, dark-eyed people on frescoes and pottery who resemble each other, although the two cultures spoke and wrote different languages.

The Mycenaeans were more militaristic, with art replete with spears and images of war, whereas Minoan art showed few signs of warfare, Lazaridis says. Because the Minoans script used hieroglyphics, some archaeologists thought they were partly Egyptian, which turns out to be false.

When the researchers compared the DNA of modern Greeks to that of ancient Mycenaeans, they found a lot of genetic overlap.

Modern Greeks share similar proportions of DNA from the same ancestral sources as Mycenaeans, although they have inherited a little less DNA from ancient Anatolian farmers and a bit more DNA from later migrations to Greece. 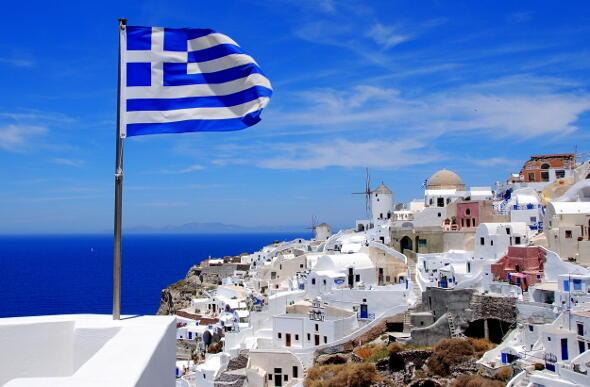 The results also show it is possible to get ancient DNA from the hot, dry landscape of the eastern Mediterranean, scientists says.

Now they have hope for getting DNA from groups such as the mysterious Hittites who came to ancient Anatolia sometime before 2000 B.C.E. and who may have been the source of Caucasian ancestry in Mycenaeans and early Indo-European languages in the region.

“The results have now opened up the next chapter in the genetic history of western Eurasia—that of the Bronze Age Mediterranean.”

-Archaeologist Kristian Kristiansen of the University of Gothenburg in Sweden